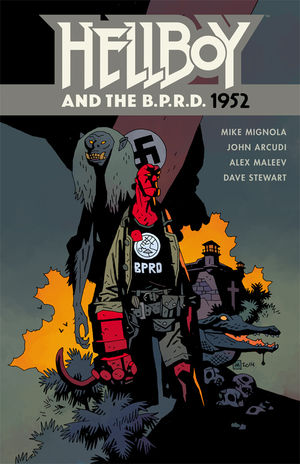 A bizarre series of murders and rumors of something worse lead Professor Bruttenholm to send a young Hellboy to a Brazilian village on his first mission. Hellboy and a small group of agents uncover something terrible in the shadows of a sixteenth-century Portuguese fortress . . . Collects the five-issue miniseries.

?A magnificent introduction into the universe Hellboy occupies.??Comic Book Resources

?With a solid cast, worthy text and the fact that I'm absorbed by the world of the B.P.R.D. as it existed in 1952 it's no wonder that this comes highly recommended.? ?Unleash the Fanboy