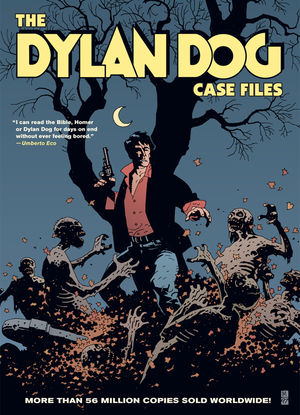 Nightmares can't hurt you. There's no such thing as the walking dead. Monsters are all in your imagination. We tell ourselves these things to make us feel safe at night, to give us strength against the unknown.

But there are things in the dark that can hurt us. Just ask Dylan Dog.

An ex-cop who now battles against evil as a "nightmare investigator," Dylan Dog is unlike any private eye you've ever met. If creatures from beyond the unknown are after you, and if you can hire him, he just might save your life.

* Dylan Dog will take to the silver screen in the major motion picture Dead of Night, starring Brandon Routh (Superman in Superman Returns) as Dylan Dog.

* Unavailable in English for almost a decade, one of the most popular comics in the world-selling more than a million copies every month throughout Europe-returns!