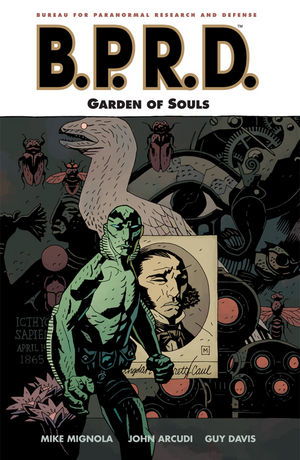 In the wake of the Second World War, Professor Trevor Bruttenholm--occult investigator and guardian of the infant Hellboy--founded the Bureau for Paranormal Research and Defense to investigate and defuse the remains of the Axis's sophisticated occult warfare projects and potential Soviet threats. Now, with the help of a handful of war-weary American soldiers and their erstwhile Soviet allies, Bruttenholm unravels the mystery of the Nazi Occult Bureau's greatest and most threatening initiatives: Project Vampir Sturm.

* Many of the cast of B.P.R.D. are featured in Guillermo del Toro's Hellboy II: The Golden Army released in summer '08 and on DVD in the fall!