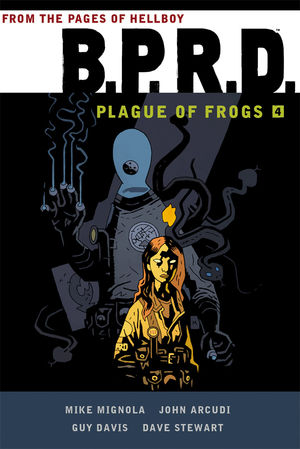 A story that began in the first issue of Hellboy concludes with the B.P.R.D. team set to permanently wipe out the subterranean colony of frog monsters. The team tracks down Memnan Saa?s hideout, but soon find themselves in over their heads when old enemies like the Black Flame arrive to lay waste to the world.

* From Hollow Earth to King of Fear?the entire war on frogs in four volumes!

The end of the Frog War!