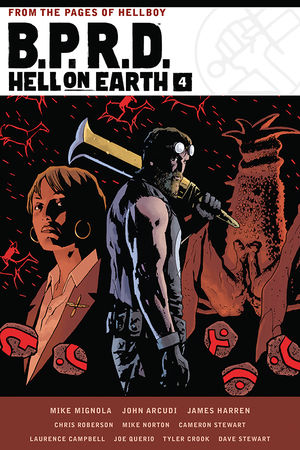 Agent Johann, the ectoplasmic man, leads a special task force through the monster-filled Northwest woods in order to hunt down and kill the man he blames for leaving him a disembodied spirit. In the Southwest, agent Devon and the psychic crust punk Fenix form an uneasy alliance in order to escape a horde of giant bat-faced monsters.

This arccontinues the series Comics Alliance calls ?one of the best books on the stands.?

* Death of an agent!

?Crook?s art here brings the world of the B.P.R.D. to life in a manner that disarms you, making you feel like it's sweet and innocent, only to sneak up on you.??Comic Book Resources