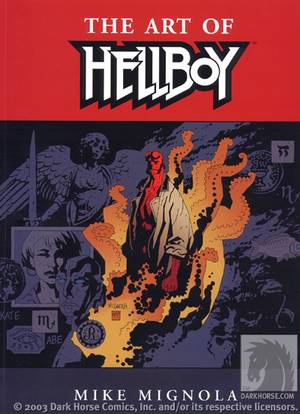 THE ART OF HELLBOY TPB

Continuing in the vein of the successful Chronicles of Conan collection series, Dark Horse is expanding its Robert E. Howard reprint line by presenting all of the original 1970s and 1980s Marvel color comic books featuring Solomon Kane in one awesome volume! This trade paperback features the landmark stories ?The Mark of Kane? and ?Fangs of the Gorilla God,? by Roy Thomas and Howard Chaykin, and the entire Sword of Solomon Kane miniseries, by Ralph Macchio and a host of talented artists -- including Mike Mignola, Al Williamson, Bret Blevins, John Ridgeway, and others! From the French countryside to the Black Forest in Germany, from England to Africa -- follow Robert E. Howard?s solemn, driven Puritan, Solomon Kane, as he cuts a path of vengeance across the globe!

* This beautiful 200-page tome includes meticulously recolored Kane adventures from Marvel Premiere #33 and #34, and the entire six-issue Sword of Solomon Kane series from the mid-1980s.