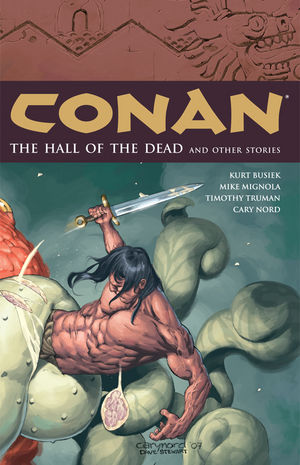 CONAN VOLUME 4: THE HALL OF THE DEAD TPB

Know, O Prince, that in an age undreamed of, shining kingdoms lay spread across the world like blue mantles beneath the stars. Hither came Conan the Cimmerian; black-haired, sullen-eyed, sword in hand, a thief, a reaver, a slayer, with gigantic melancholies and gigantic mirth, to tread the jeweled thrones of the Earth under his sandaled feet . . .